According to "Wikipedia" - Sprengisandur was, if at all possible, avoided by medieval Icelanders, even if it meant taking the longer route. One example is in ch. 8 of the Hrafnkels saga: the chieftain Hrafnkell, who lived in the East Fjords and rather close to the northern end of Sprengisandur, prefers to travel to the Alþingi by going south along the shore of the island - his route is much longer and slower, but it goes all the way through inhabited regions. His enemies, living in the same neighbourhood but needing speed, decide to take the shorter yet more exhausting Spregisandur route, so as to arrive at the Alþingi much earlier and have enough time to whip up some support for their case. Another example is in Ölkofra þáttr, where the chieftain Broddi, who lives in Vopnafjörður, returns home from Alþingi by taking the Kjölur route north and then going east along the northern shore of the island - a much longer road home than one through Sprengisandur, yet one going all the way through inhabited regions.
As usual with uninhabited places in Iceland, Sprengisandur route was considered to be haunted by ghosts. Both themes, the difficulty of passage and the presence of ghosts, are referred to in the famous Icelandic song Á Sprengisandi, written by Grímur Thomsen (1820-1896).

Copyright
© David Luciani. Fotoalbum is copyright protected: you may not copy, distribute, modify or use any content of this website without my explicit authorization.
Image Size
2037x1440 / 1.8MB
www.fotoalbum.lu
Contained in galleries
Iceland 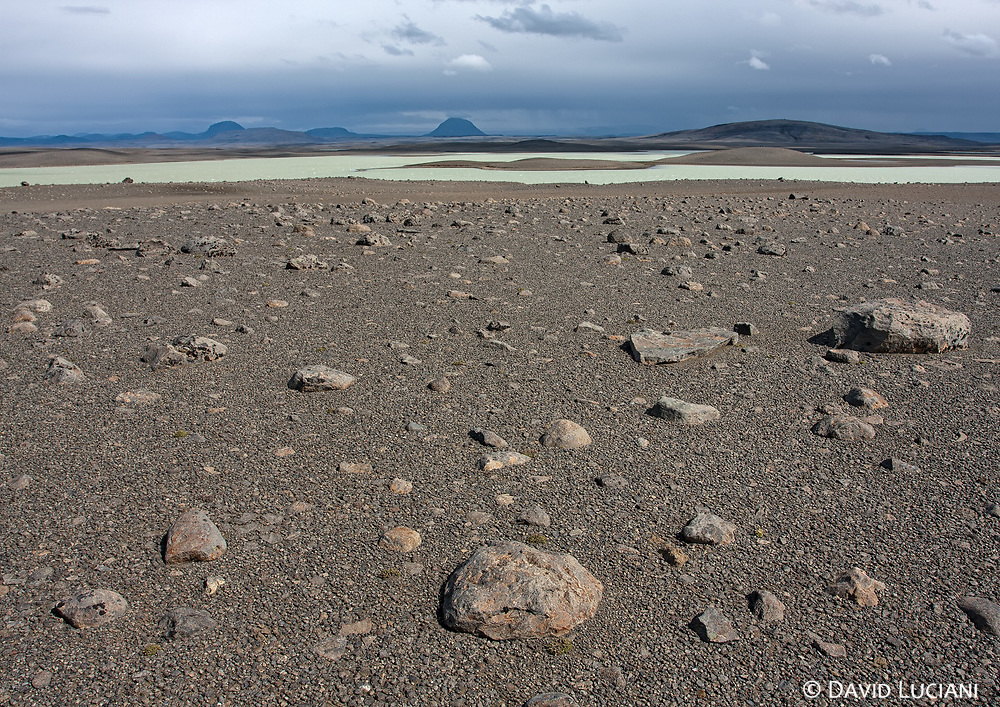