Lake Toba and its island, Samosir, were created 75000 years ago by a super volcano.
According to "Wikipedia", the eruption of a super volcano is thousands of times larger than most historic volcanic eruptions. Supervolcanoes can occur when magma in the Earth rises into the crust from a hotspot but is unable to break through the crust. Pressure builds in a large and growing magma pool until the crust is unable to contain the pressure. They can also form at convergent plate boundaries (for example, Toba) and continental hotspot locations (for example, Yellowstone).
The Discovery Channel highlighted six known supervolcanoes: Yellowstone, Long Valley, and Valles Caldera in the United States; Lake Toba, North Sumatra, Indonesia; Taupo Volcano, North Island, New Zealand; and Aira Caldera, Kagoshima Prefecture, Kyu-shu-, Japan. Although there are only a handful of Quaternary supervolcanoes, supervolcanic eruptions typically cover huge areas with lava and volcanic ash and cause a long-lasting change to weather (such as the triggering of a small ice age) sufficient to threaten species with extinction.

Copyright
© David Luciani. Fotoalbum is copyright protected: you may not copy, distribute, modify or use any content of this website without my explicit authorization.
Image Size
2037x1440 / 1.8MB
www.fotoalbum.lu
Contained in galleries
Sumatra 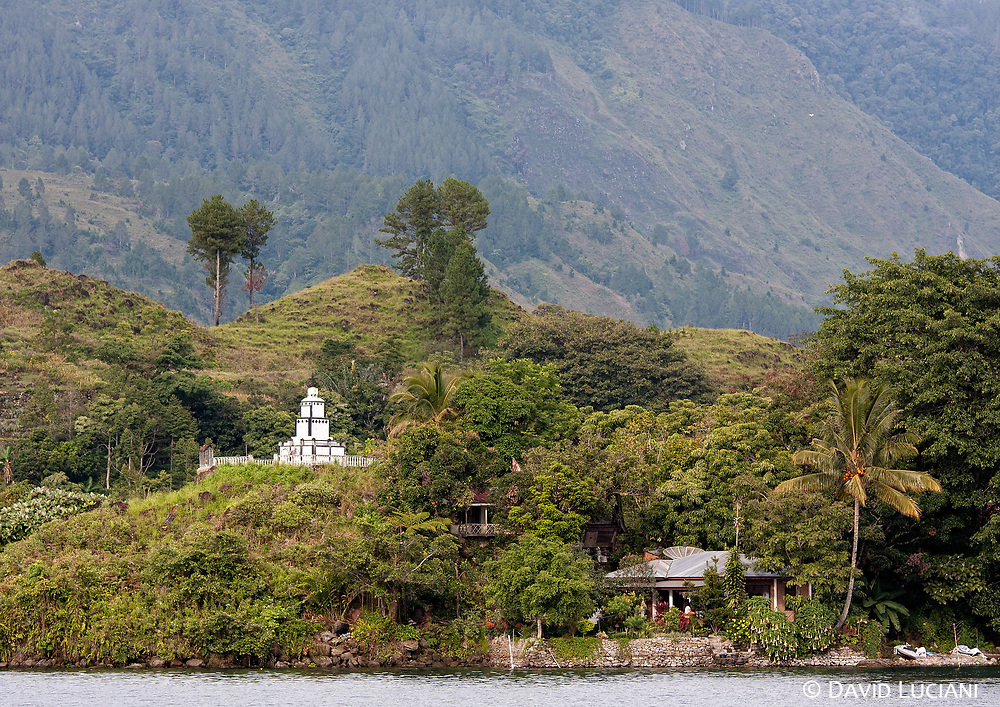