According to "Wikipedia" - The ancestors of the Icelandic horse were probably taken to Iceland by Viking Age Scandinavians between 860 and 935 AD. The Norse settlers were followed by immigrants from Norse colonies in Ireland, the Isle of Man and the Western Isles of Scotland. These later settlers arrived with the ancestors of what would elsewhere become Shetland, Highland, and Connemara ponies, which were crossed with the previously imported animals. There may also have been a connection with the Yakut pony, and the breed has physical similarities to the Nordlandshest of Norway. Other breeds with similar characteristics include the Faroe pony of the Faeroe Islands and the Norwegian Fjord horse. About 900 years ago, attempts were made to introduce eastern blood into the Icelandic, resulting in a degeneration of the stock. In 982 AD the Icelandic Althing (parliament) passed laws prohibiting the importation of horses into Iceland, thus ending crossbreeding. The breed has now been bred pure in Iceland for more than 1,000 years.
This horses were also standing somewhere along the ring road, heading Brekka.

Copyright
© David Luciani. Fotoalbum is copyright protected: you may not copy, distribute, modify or use any content of this website without my explicit authorization.
Image Size
2037x1440 / 1.3MB
www.fotoalbum.lu
Contained in galleries
Iceland 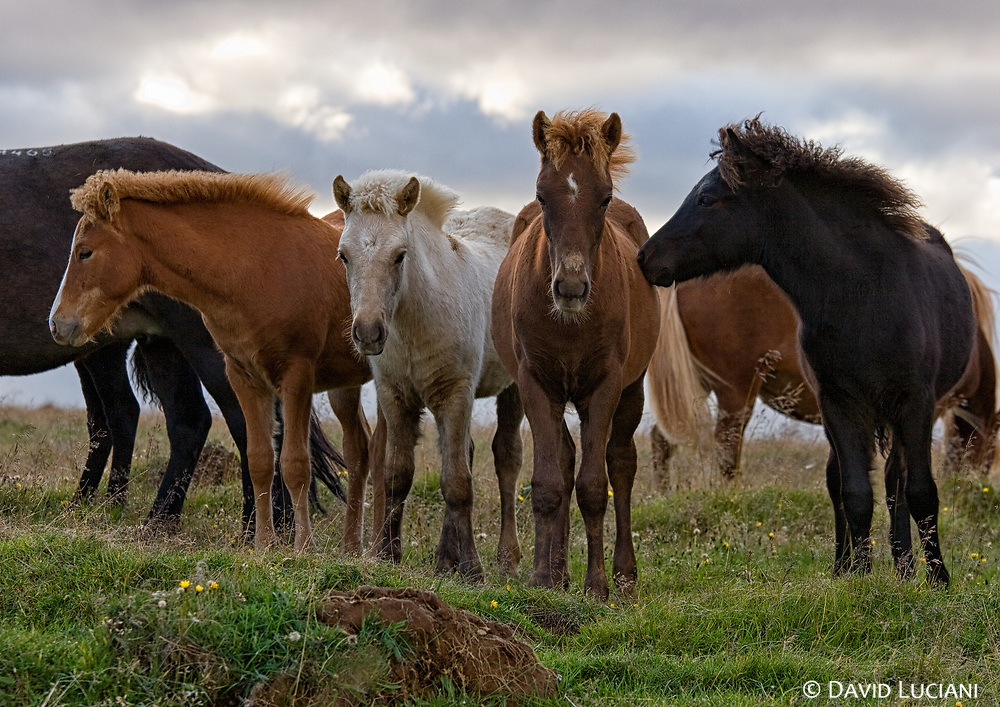