Since many years the authenticity of Taj Mahal has been controversially discussed. There are many legends associated with its origins and its name. The most famous story says that the Taj Mahal was built under the Moghul King Shah Jahan, in memory of his favorite wife, Mumtaz Mahal, a Persian Princess originally known as Arjumand Banu Begum, who died after giving birth to her fourteenth child. Therefore, Taj Mahal became the symbol of eternal love.
Another theorie says that the white marble monument was originally a Hindu temple. The indian writer P.N. Oak claims that the Taj Mahal was built long before the reign of Moghul King Shah Jahan.
Currently, historical research insinuates that the legend was probably not a love story. Apparently, the Moghul King was a little bit megalomaniacal.
A little further on, the legend says that - as the King became older,- he spent his remaining days by looking on his beloved wife's tomb through the window of Agra Fort, where he became a prisoner.
Actually, his remaining days were probably more funny and exciting than that. If it is true, he ended his life with excessive drug parties and sex orgies.

Copyright
© David Luciani. Fotoalbum is copyright protected: you may not copy, distribute, modify or use any content of this website without my explicit authorization.
Image Size
2037x1440 / 964.1KB
www.fotoalbum.lu
Contained in galleries
Uttar Pradesh 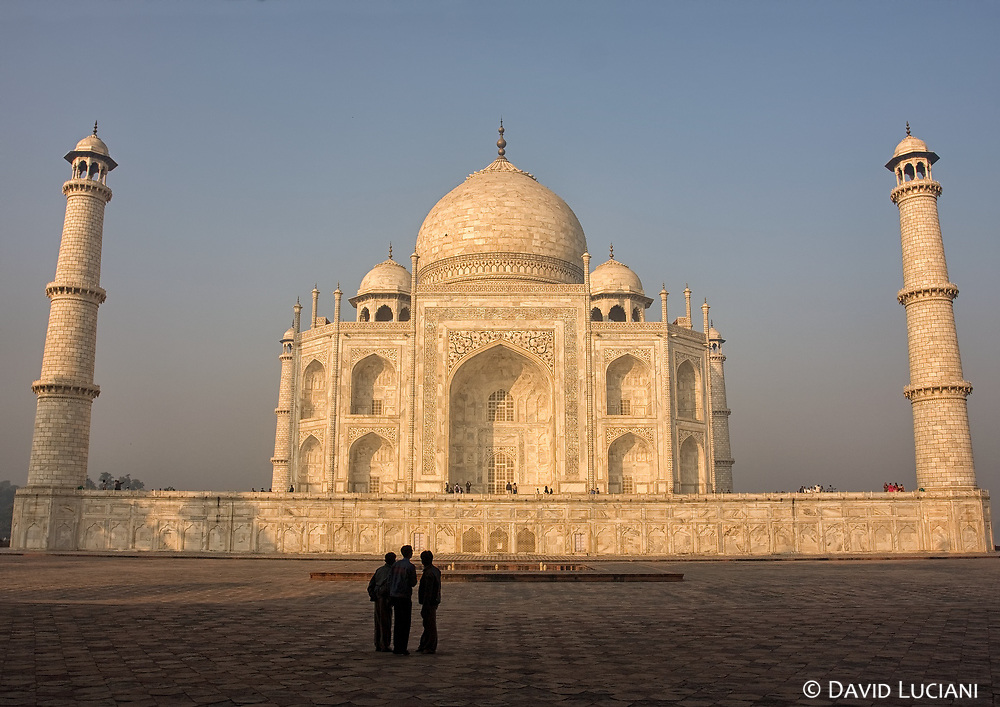