According to "Wikipedia" - The Patuxai was built during a turbulent period Lao history. It was built when Laos was a constitutional monarchy and was originally known simply as the "Anousavali" ("memory"), dedicated memory of the Laotian soldiers who died during World War II and the independence war from France in 1949.

The monument was built using American funds and cement actually intended to build a new airport. The Royal Laotian Government instead built the monument, which earned it the nickname of the "vertical runway".

Copyright
© David Luciani. Fotoalbum is copyright protected: you may not copy, distribute, modify or use any content of this website without my explicit authorization.
Image Size
2037x1440 / 2.1MB
Contained in galleries
Laos, 100 Most Recent Photos 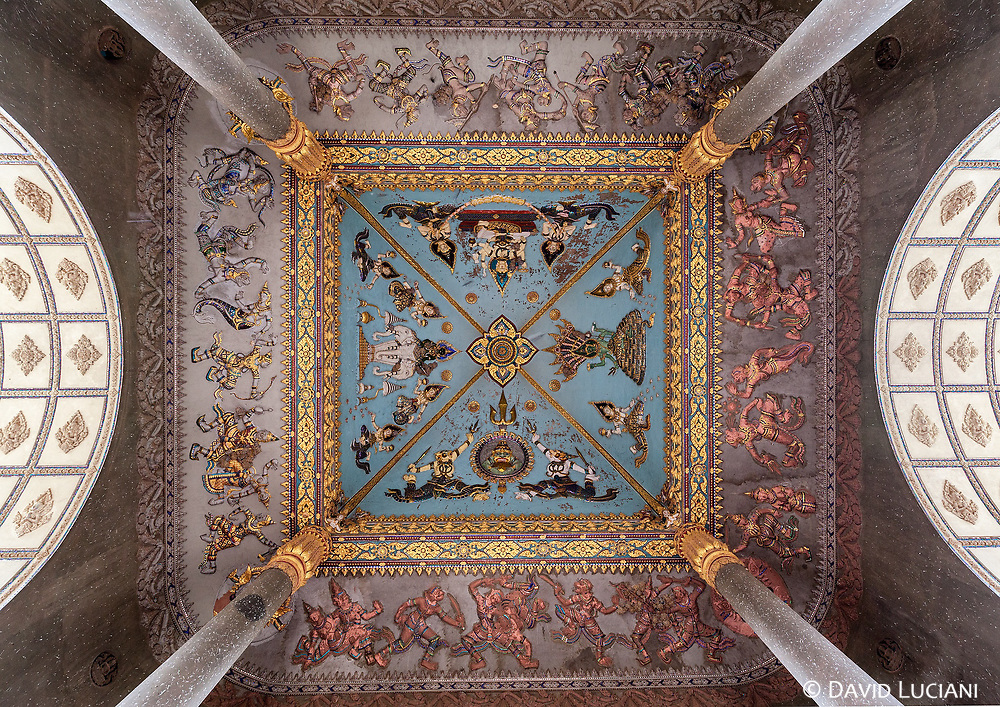