According to "Wikipedia" - Jökulsárlón lake or lagoon, the Icelandic glacier lake is now reported to have doubled in size in the recent 15-year period. The huge blocks of ice that calve from the edge of Vatnajökull are about 30 metres (98 ft) high which fills the lagoon stocked with icebergs. Some icebergs appear naturally sculpted on account volcanic ashes from ancient eruptions that partly cover them.
With the rate at which Vatnajökull is retreating and the lagoon is getting formed, in the near future, it is anticipated that there is likely to be a deep fjord where Vatnajökull is now. This retreat is also posing a threat to the National Highway Route 1 of Iceland. Reykjavík, the capital of Iceland is 250 kilometres (160 mi) from the lake and the road between the capital and the lagoon winds through a dozen other glaciers, which are also under retreat.

Copyright
© David Luciani. Fotoalbum is copyright protected: you may not copy, distribute, modify or use any content of this website without my explicit authorization.
Image Size
2037x1440 / 972.7KB
www.fotoalbum.lu
Contained in galleries
Iceland 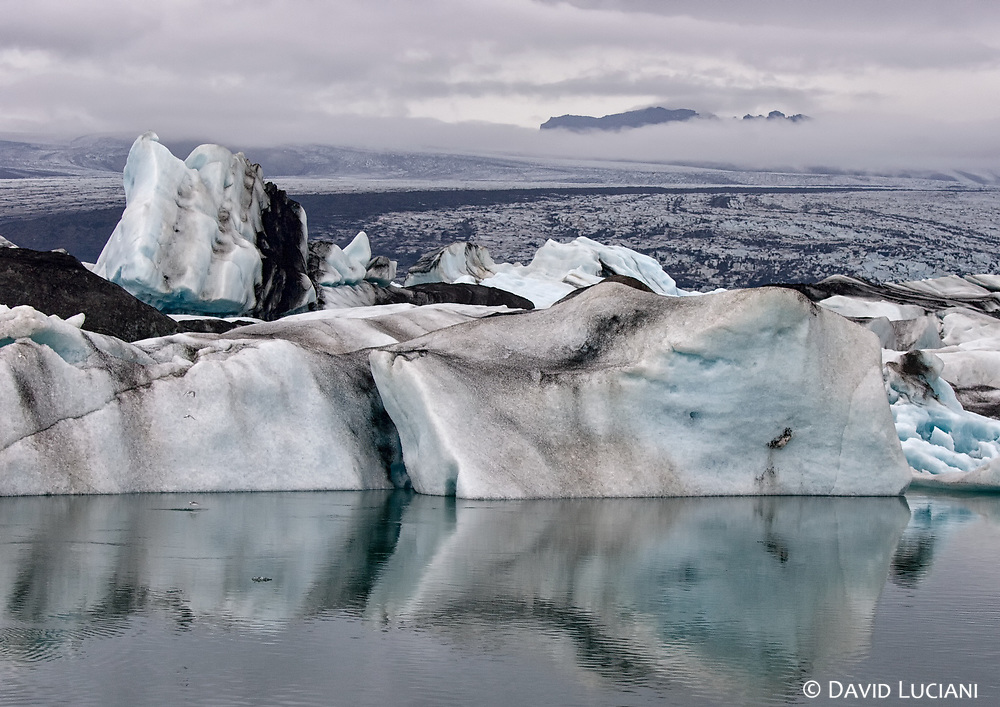